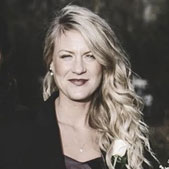 Amy graduated nail school in 2007. Amy has a reputation for perfectly structured nails. She loves hiking, good movies and her cats (maybe more than her husband Ben? 😉 Amy manages our office and is always happy to offer you support. She has a witty sense of humour and will never hesitate to remind us “it’s fine”. You can follow her on Instagram @amyduclosnails , and Facebook “Amy Duclos Nails”. 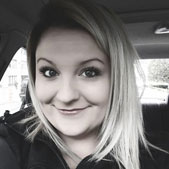 Christina graduated nail school in 2007. As Ugly Ducklings Master Educator, Christina makes learning fun. Her warm and cheerful personality and her skill with the brush make for a winning combination. She was introduced to the nail industry in January of 2007. The local Victoria Beauty College recognised Christina’s natural attributes, and she started teaching very soon after graduating from the nail program. Within a year of attending her first Academy, Christina had achieved her “Elite” training certificate. By 2009, Christina was a certified International Educator, and had opened a salon and training centre. She has worked many trade shows, taught many experienced nail techs, and has written published articles. Although Christina is recognised for her perfect French, her skills encompass all nail mediums, including acrylic, art, 3D, and gel. Many nail techs throughout Canada consider Christina to be a key element in their success. Christina recognises the importance of education, and continues her growth by training with some of the worlds most renowned artists. You can follow her on Instagram @chrystacle , and Facebook “Chrystacle Does Nails” 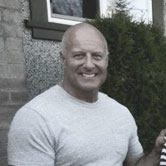 Kent wears many hats (literally and figuratively).  He is our Production Manager, errand boy, janitor and maintenance crew.

A very important member that keeps all the systems running. Always willing to serve. A former firefighter and competitive bodybuilder, the “strong but not so silent type”. 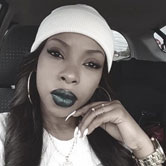 Marsha is a gifted “self-taught” nail tech from Jamaica. Her unique style is a very welcome addition to our team! @artisticnailsbymarsha 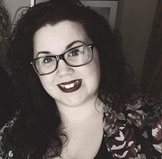 NATASHA – Born in Halifax, but raised in Victoria, Natasha was introduced to the nail industry in September of 2007, a graduate of Christina’s first class. With Natasha’s charming enthusiasm, talent, and obsession of nails, it was only natural that she and a partner open (the successful and much talked about), Shabby Chic Nail Studio in 2010. When asked what her hobbies are, Tasha replied “nails (lol), watching nail tutorials, making nail tutorials, nails… and more nails 😉 In 2011, Natasha completed her first Educator Training. In 2014, she recertified as an Educator, receiving top honours in the class. An avid competitor and “social networker”, Natasha has been featured in Nails Magazine, and has a large following on Facebook “Natasha Does Nails”, Instagram “@natashaharton” and youtube.com/natashahartonnails. 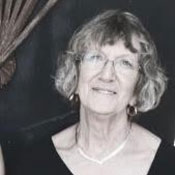 WENDY – Wendy is an artist and is responsible for all the fine details of the business, like packing your thank you bags with love. After retiring from Greyhound Express, Wendy joined us in shipping and receiving. She has a passion for art, gardening and travel. 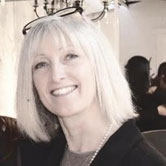 YVONNE – In 1978 Yvonne began her career as a self-employed, virtually self-taught nail tech while still attending high school. She has worked in all aspects of the industry from home-based, chair rental, salon owner, distributor and manufacturer, and founded several businesses.  Yvonne is also recognised for her contributions in the Nail Industry as a competitor, International judge and qualified educator. She has many published articles and photos over the years. She opened the first of her salons in 1983, giving Vancouver Island it’s first “nails only” salon. Yvonne has seen the birth of every nail company and magazine that exists in the industry today. Yvonne has trained with the best in the industry, and is privileged to have many of them among her